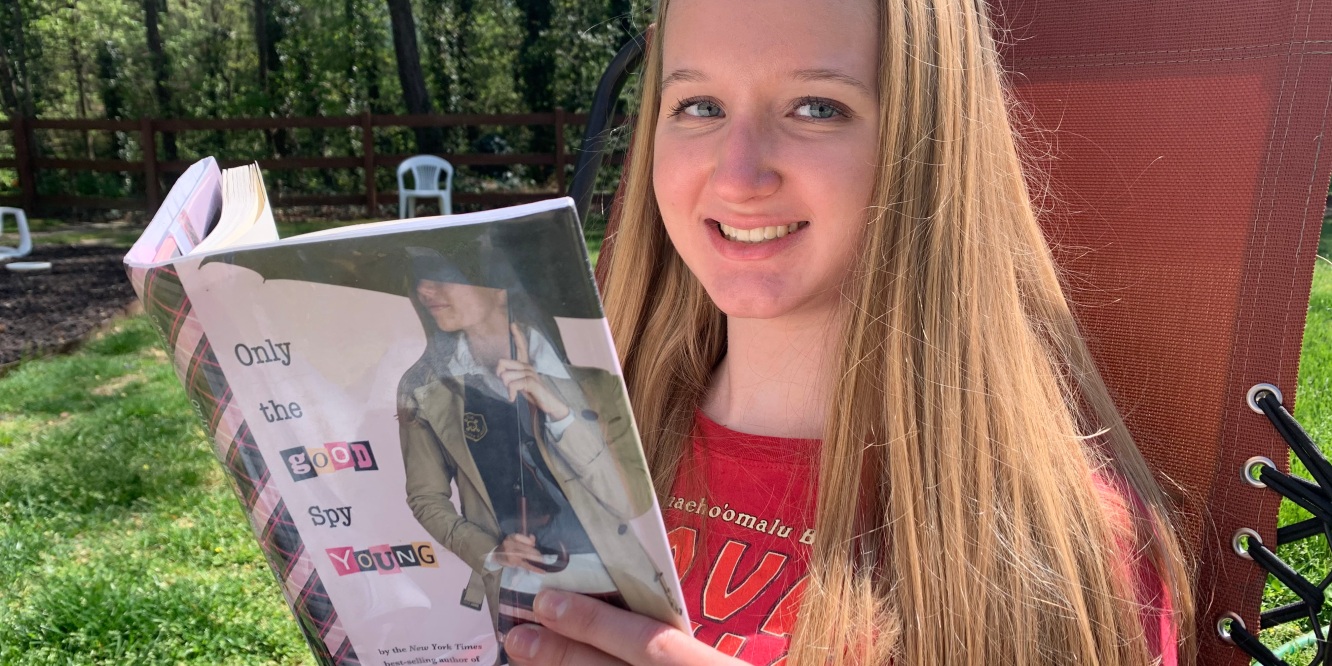 Are you a tween or teen looking for an addicting page-turner, or are you a
parent looking for one for your tween or teen? Look no further. The captivating
Gallagher Girls series by Ally Carter is one kids surely won’t want to miss
out on. Set in the present day, this exciting series follows Cammie Morgan, who
is a spy in training at the Gallagher Academy For Exceptional Young Women,
which is secretly a school for future spies. To outsiders, this school looks
like a typical very prestigious and academic girls’ private school, and no one
seems to suspect that it’s a school for future spies and CIA agents. Throughout
the first four books readers are engrossed in the plot where Cammie goes on
adventures that ordinary teenage girls will never experience.

The first book is called I’d Tell You I Love You, But Then I’d Have to
Kill You. It sets the stage for a series that will leave you enthralled.
It introduces us to Cammie, Rebecca, Liz, and Macey. Cammie, a student at the
Gallagher Academy, meets a boy who is not a spy while on a mission. He has no
idea what the Gallagher Academy really is. Cammie tries to keep her identity a
secret from him. I really liked this book and after completing it, I
immediately moved on to the next in the series, Cross My Heart and Hope To
Spy.

I’m now on the fourth one, Only The Good Spy
Young, and I’m still hooked. This one begins with Cammie on
vacation with her friend Rebecca in London, England. All is well until Cammie discovers
that someone she trusts the most is actually an undercover double agent who
works for an ancient terrorist organization that is trying to kidnap Cammie. The
book follows Cammie and her friends as they venture to unearth the truth… and
it’s not what you expected!

Most of the time when I hit the fourth book in a series, I lose interest. So
it’s surprising that even on the fourth, I’m still excited to continue the
series. None of the books so far have disappointed. They keep getting better
and better as the plot keeps growing. I think the fourth one in particular is the
most thrilling out of the bunch that I have read so far, with me now knowing
more about the ancient terrorist organization who wants to kidnap Cammie. The
ending was very exciting, as there was a huge cliffhanger that left me shocked and
made me instantly want to move on to the next book.

Overall, I highly recommend these young adult novels as Cammie’s adventures
will keep you hooked with constant surprises.