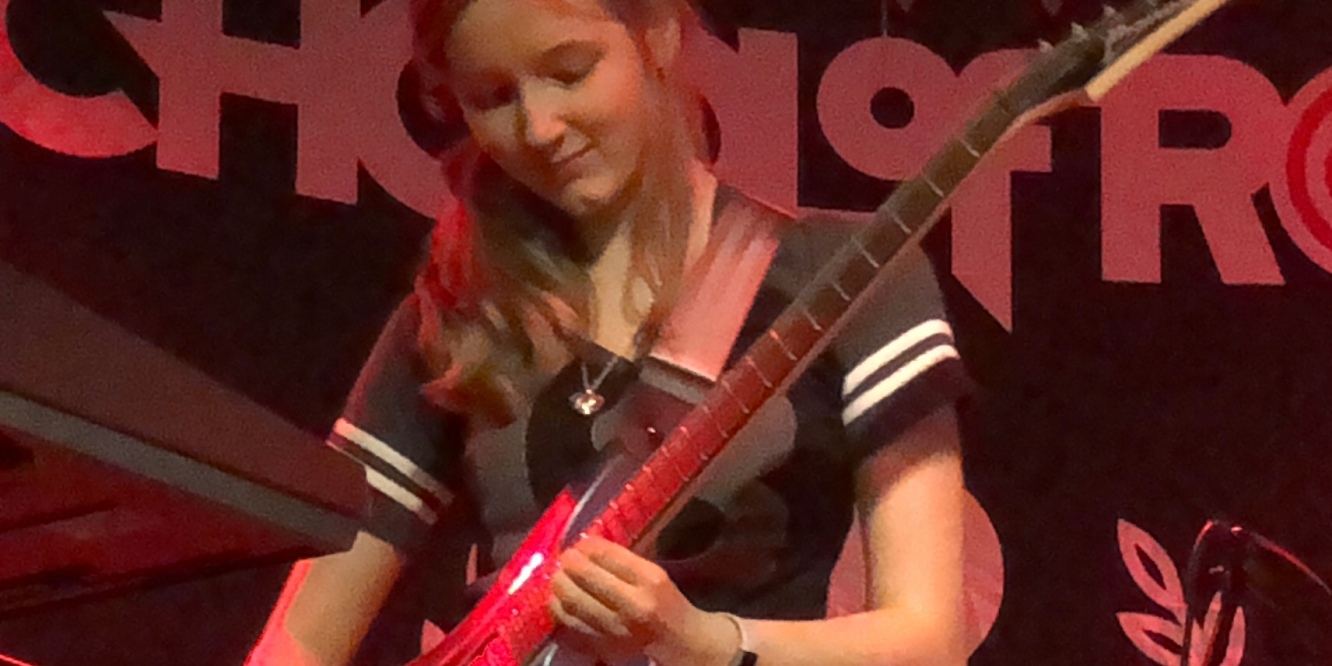 An assignment for Mastering the Five-Paragraph Essay class

Last summer, I joined a School of Rock band. I’ve always loved performing. It was my second band, and I was really excited for it. I’ve had many concerts with my first band, so I was extremely eager for more performances. No one else wanted to sing, so it was my first band where I was the lead singer and lead guitarist.

When I first started my band, the drummer had only a week’s experience, so it was really hard staying on the beat while she was off. The people in my band were really nice and tried to be supportive of her. As time passed though, we were annoyed that the drummer kept bragging about not practicing. Everyone else was practicing, so I was deeply frustrated. Yet still, every Tuesday I looked forward to my rehearsal. At dress rehearsal, even though it was hard with a bad drummer, I sang and played well, and the audience loved it. But a dress rehearsal audience is not the real thing, so I was still feeling anxious.

Later came the day of my final concert. I was a doe in headlights when I stepped onto the stage where 500 pairs of eyes were locked at me. All the lights and the sounds were exceedingly overwhelming. Flashing and ever-changing circulating pink, blue, red, green, orange, white, yellow, and purple lights caused my eyes to ache and cast shadows all around me. Exhilarated, my legs kept jittering and my hands were sweating. My heart was racing, and my blood was coursing. Head throbbing and throat tight, I grasped my guitar and my fingers were tense on the frets. Then I opened my mouth. I was hesitant, but only for an instant. I fed off the crowd’s energy and sang confidently, and everyone in the audience even sang and clapped along. I didn’t even need to rely on the drummer for the beat, who still did not know how to play the songs. It was a blast, and the audience roared when we were done.

When I stepped off the stage, my heart resumed its normal pace and I savored the feelings of satisfaction. All the stress disappeared and was replaced with relief. My parents greeted me as I walked down the steps. My heart swelled and was filled with pride. I relished the warmth from the audience. Then I said goodbye to my bandmates. I even made a vlog about my experience.

Not only did I learn how to conquer my fears, I also learned how to not have to rely on someone else while performing. I learned how to work as a team with bandmates. In addition, I signed up for another one in the future. All in all, this band was an awesome experience for me.

2 Replies to “A Personal Narrative About My First Concert”