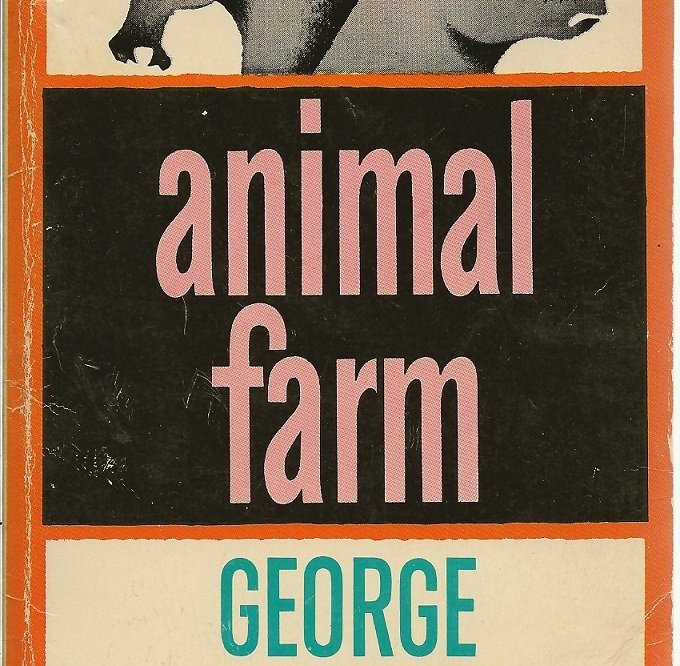 Picture this: a group of daring individuals overthrow a ruler in the name of equality, and then immediately start to make themselves unequal. Sound like several familiar chapters in history? Probably. But it is also the basic gist of Animal Farm by George Orwell.

Animal Farm is an allegorical novel set on a small farm in Willingdon, England. George Orwell anthropomorphizes the animals that live in this farm, and they invent an idea for a rebellion against their farm owner, Mr. Jones, who struggles with alcoholism. George Orwell wrote this story to represent the Russian Revolution.

One night, the adventure begins when the boar Old Major calls all the farm animals to a meeting. He tells them about his plan to get rid of Mr. Jones and revolt against humanity. A few days later Old Major dies, and two pigs, Napoleon and Snowball, take leadership. They successfully drive Mr. Jones off the farm and change the name of the farm from “Manor Farm” to “Animal Farm.” Next, the animals make their own rules for the farm, the Seven Commandments of Animalism, including a very important rule of “All animals are equal.”

Life runs peacefully on the farm. They create more crops and the food supply is plentiful. With Mr. Jones gone, everyone doesn’t have to fear being tortured and made to do work and being underfed. But as time passes, the rules start to change to benefit the leaders more than the workers. The animals start to sound more like humans—some even buying beer and wearing clothes and even killing—and one critical rule changes making some animals viewed as better than others.

I recommend this book for people who are interested in the Russian revolution, politics, and allegories. It’s also interesting for anyone who has considered human nature and how unfortunate it is that many people seem to always seek out way to elevate themselves above others. All in all, I think that most people age thirteen and up would like the book, but it is best enjoyed by people who have an appreciation for the historical and political lessons that the plot shares with readers.

One Reply to “Animal Farm: More Than Just a Bunch of Livestock”